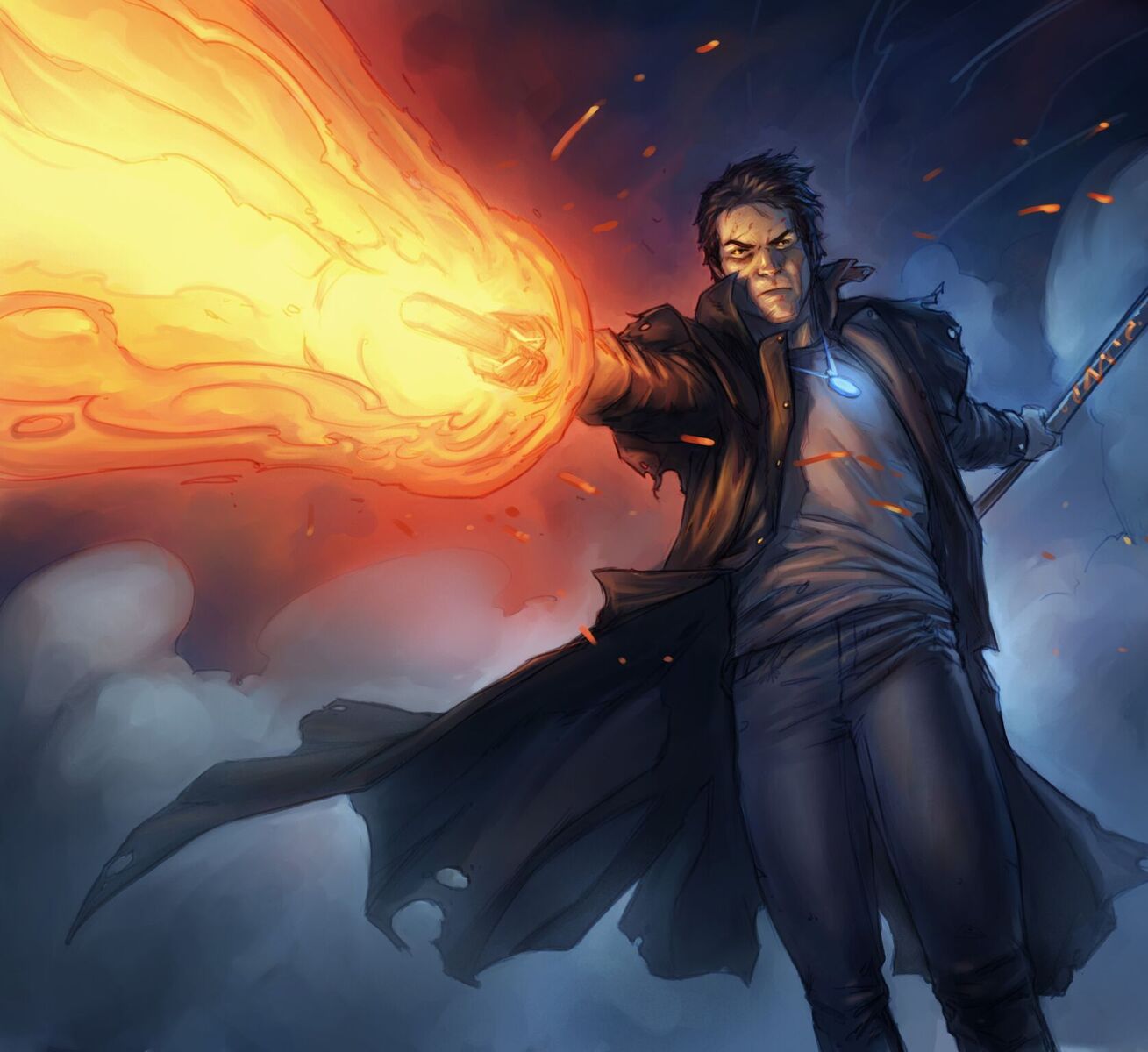 One of the interesting aspects of DFCO is that you get to see all of your team’s challenges laid out at the very start of the game. This is pretty rare among cooperative games and gives you an opportunity to plan as a team in advance.

The first thing your team should do in any game of DFCO is examine all the Book cards. Read all of the Obstacles, so that you know what you’re facing. Look at all the letters on the Book cards, which reveal their interactions. Finally, consider how the Book cards’ placement in the two rows will affect your ability to manipulate them. This solid understanding of what all of the Book cards do and how they’re positioned is the crucial basis for winning at any game of DFCO.

Corollary #1: Be aware of any implicit effects of Book card limitations. Usually this means that you should know the Obstacles that are most likely to cause you problems. However, you should also be aware of Book cards that might have special relationships to certain characters and limitations created by the position of invulnerable Book cards.

Corollary #2: Be aware of any implicit value in Book card benefits. Obviously, you should know what Advantages you might be able to take, but you should also look carefully at outbound interaction arrows and see how resolving those cards might make the rest of the Book cards easier to deal with. Often, card benefits create an optimal order in which to remove the Book cards.

Having assessed the Book cards, the team should now examine its Player cards. Remember the “Normal Game Discussion Rules”: the team can “discuss the types of cards in their hands and describe their effects in a general way, as long as they do not state any specific numbers or card names.” This is a great time to figure out who will be able to Take Advantages and Overcome Obstacles and also who will be the most helpful in fighting Foes and solving Cases.

Corollary #1: Figure out who got bad draws. As discussed in “The Three Resources,” you need to know if you got a bad draw of Player cards. This is the best time to figure that out. The average Player card in DFCO has a value of 3 Fate, so if your average is lower than that, you’re off to a bad start. Fortunately, this lets your team identify you as a strong target for card draws from Advantages or from character abilities. At the same time, you should also see if you’re low in cards of any type, as this is another critical issue when forming strategies.

Corollary #2: Talk about Stunts and Talents too. This is a good time to remind everyone on the team about your Stunt and your Talent, so that all players can move forward with a good idea of the total set of resources that your team has.

Once you know what cards everyone has, your team can plan how they’re going to attack the starting game board. You should determine which Book cards you’re going to initially remove, who will do so, and who will tread water until you clean up the initial board. This plan will typically center on getting rid of Obstacles that might be harming your efficiency. A good initial plan will get you to the point where you’re ready to move into a simpler assault on Cases and Foes.

Corollary #1: Plan your first player. Harry Dresden gets to decide who goes first; so, when your team is making its initial plan, you should also decide who you want to start the game. It should be a critical element in the card plays, Fate generation, and Talent usage that you map out.

Corrilary #2: Plan for your weaker players. Additionally, in most games there are a few plays that are best made with low cost cards, so try to give those to the players who started with weaker hands.

Plan a Few Plays Ahead

The game gets a little easier when you’ve cleared the first Obstacles, and you can play a little more casually. Still, continue planning a few turns ahead. You may not know exactly what cards people will play, but you should know who feels like they’ve got great cards in hand, who’s going to need lots of Fate, and who’s going to generate Fate for them.

Corollary #1: Transition to planning for the end. Eventually you’ll get near the end of the game. That’s when your team needs to start intensively planning again, so as not to waste your final moves—but this topic will be covered in a later segment, “Planning for the Win.”

Finally, make sure that you’re doing a good job of coordinating your Stunts and Talents. Many of these will interact with Stunts, Talents, and card plays by other players. Be aware of how the coordination of each player’s Stunts and Talents might benefit the team and how you might accidentally limit the use of another player’s special moves.

Stay tuned to this space for the next section on Managing Your Actions, which will go live on Monday, July 17!